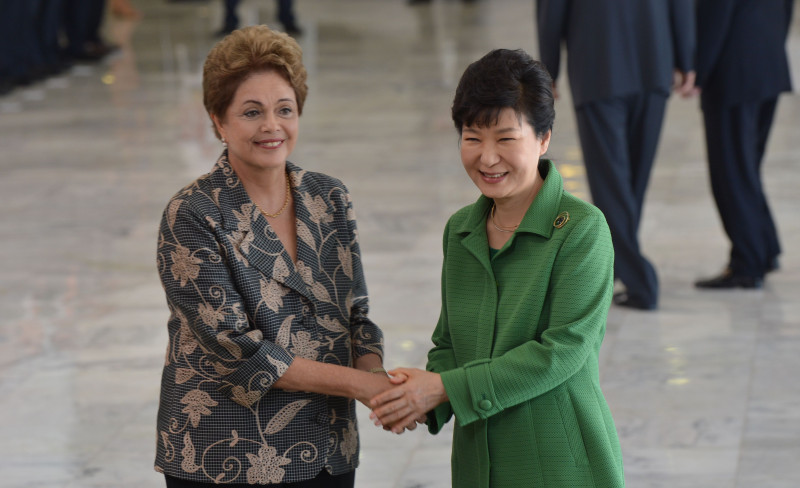 In the United Kingdom, in principle anybody may be prosecuted and tried by the two Houses of Parliament for any crime. The first recorded impeachment is that of William Latimer, 4th Baron Latimer during the Good Parliament of 1376. The last was that of Henry Dundas, 1st Viscount Melville in 1806. Over the centuries, the procedure has been supplemented by other forms of oversight including select committees, confidence motions, and judicial review, while the privilege of peers to trial only in the House of Lords was abolished in 1948, and thus impeachment, which has not kept up with modern norms of democracy or procedural fairness, is generally considered obsolete.

Members of government, representatives of the national assembly (Stortinget) and Supreme Court judges can be impeached for criminal offenses tied to their duties and committed in office, according to the Constitution of 1814, §§ 86 and 87. The procedural rules were modeled after the U.S. rules and are quite similar to them. Impeachment has been used eight times since 1814, last in 1927. Many argue that impeachment has fallen into desuetude. In cases of impeachment, an appointed court (Riksrett) takes effect.

Previously, in 1964, Soviet Premier Nikita Khrushchev was relieved from his duties by the Presidium of the Supreme Soviet, a procedure similar to impeachment.

There has never been an impeachment against the President so far. Constructive votes of no confidence against the chancellor occurred in 1972 and 1982, with only the second one being successful.

The president of Iran can be impeached jointly by the members of the Assembly (Majlis) and the supreme leader. A new presidential election is then triggered. Abolhassan Banisadr, Iran's first president, was impeached in June 1981 and removed from the office. Mohammad-Ali Rajai was elected as the new president.

Fernando Collor de Mello, the 32nd President of Brazil, resigned in 1992 amidst impeachment proceedings. Despite his resignation, the Senate nonetheless voted to convict him and bar him from holding any office for eight years, due to evidence of bribery and misappropriation.

In 1993, during the Russian constitutional crisis, the Supreme Soviet formally impeached then-President Boris Yeltsin, who previously dissolved the parliament by his decree. Yeltsin and most of his ministers ignored the vote. After several days of violence, leaders of the Supreme Soviet surrendered and were arrested, and their decisions were annulled by Yeltsin.

In 1995–1999, the State Duma made several attempts to impeach Yeltsin, but they never had a sufficient number of votes for the process to reach the Federation Council.

President Joseph Estrada was the first official impeached by the House in 2000, but the trial ended prematurely due to outrage over a vote to open an envelope where that motion was narrowly defeated by his allies. Estrada was deposed days later during the 2001 EDSA Revolution.

In the Republic of Lithuania, the president may be impeached by a three-fifths majority in the Seimas. President Rolandas Paksas was removed from office by impeachment on 6 April 2004 after the Constitutional Court of Lithuania found him guilty of having violated his oath and the constitution. He was the first European head of state to have been impeached.

In 2005, 2006, 2007 and 2008, impeachment complaints were filed against President Gloria Macapagal-Arroyo, but none of the cases reached the required endorsement of ​ ⁄3 of the members for transmittal to, and trial by, the Senate.

The country's ruling coalition said on 7 August 2008, that it would seek the impeachment of President Pervez Musharraf, alleging the U.S.-backed former general had "eroded the trust of the nation" and increasing pressure on him to resign. He resigned on 18 August 2008. Another kind of impeachment in Pakistan is known as the vote of less-confidence or vote of mis-understanding and has been practiced by provincial assemblies to weaken the national assembly.

In March 2011, the House of Representatives impeached Ombudsman Merceditas Gutierrez, becoming the second person to be impeached. In April, Gutierrez resigned prior to the Senate's convening as an impeachment court.

In December 2011, in what was described as "blitzkrieg fashion", 188 of the 285 members of the House of Representatives voted to transmit the 56-page Articles of Impeachment against Supreme Court chief justice Renato Corona.

To date, three officials had been successfully impeached by the House of Representatives, and two were not convicted. The latter, Chief Justice Renato C. Corona, was convicted on 29 May 2012, by the Senate under Article II of the Articles of Impeachment (for betraying public trust), with 20–3 votes from the Senator Judges.

No Czech president has ever been impeached, though members of the Senate sought to impeach President Vaclav Klaus in 2013. This case was dismissed by the court, which reasoned that his mandate had expired.

During the crisis which started in November 2013, the increasing political stress of the face-down between the protestors occupying Independence Square in Kyiv and the State Security forces under the control of President Yanukovych led to deadly armed force being used on the protestors. Following the negotiated return of Kyiv's City Hall on 16 February 2014, occupied by the protesters since November 2013, the security forces thought they could also retake "Maidan", Independence Square. The ensuing fighting from 17 through 21 February 2014 resulted in a considerable number of deaths and a more generalised alienation of the population, and the withdrawal of President Yanukovych to his support area in the East of Ukraine.

In 2016, the Chamber of Deputies initiated an impeachment case against President Dilma Rousseff on allegations of budgetary mismanagement. Following her impeachment by the Chamber of Deputies and her conviction by trial in the Senate, she was definitively replaced by Vice President Michel Temer, who had served as acting president while Rousseff's case was pending in the Senate.