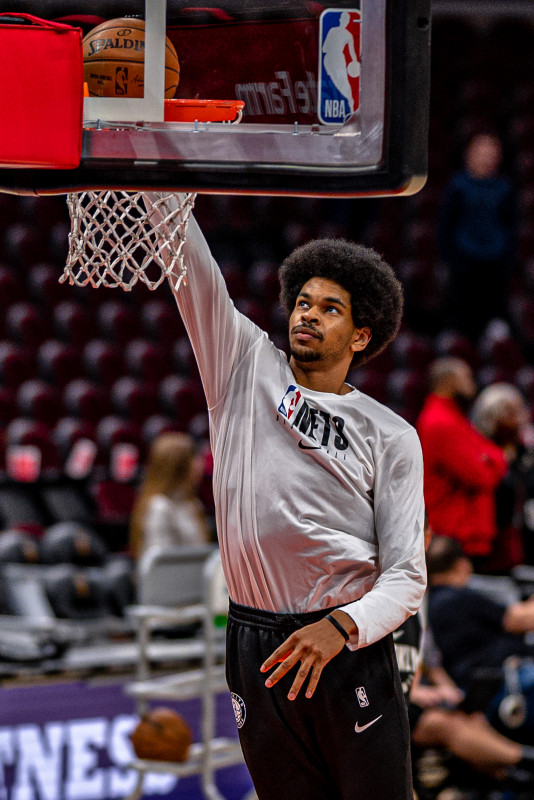 Allen was selected with the 22nd overall pick in the 2017 NBA draft by the Brooklyn Nets, and signed his rookie scale deal with the Nets on July 20. He was 19 years 182 days when he made his NBA debut on October 20, becoming the second-youngest player ever to set foot on court for the Nets, just behind Derrick Favors. He finished the game with nine points on 3-for-3 shooting, two rebounds, and one block. On January 25, 2018, Allen joined the starting lineup for the first time and recorded a career-high 16 points and 12 rebounds in a 116–108 win over the Philadelphia 76ers. On February 2, in a game against the Los Angeles Lakers, Allen scored a career-high 20 points, as well as five rebounds and one block. On February 7, he grabbed a career-high 14 rebounds and scored 13 points in a 115–106 loss to the Detroit Pistons. On March 21, 2018, Allen recorded four blocks, which matched his career-high, as well as six rebounds, and nine points in a 111–105 loss to the Charlotte Hornets. On April 5, he got a career-high five blocks in a 119–111 victory over the Milwaukee Bucks.

On January 14, 2021, Allen was traded to the Cleveland Cavaliers in a multi-player, four-team deal with the Houston Rockets that sent James Harden to Brooklyn.