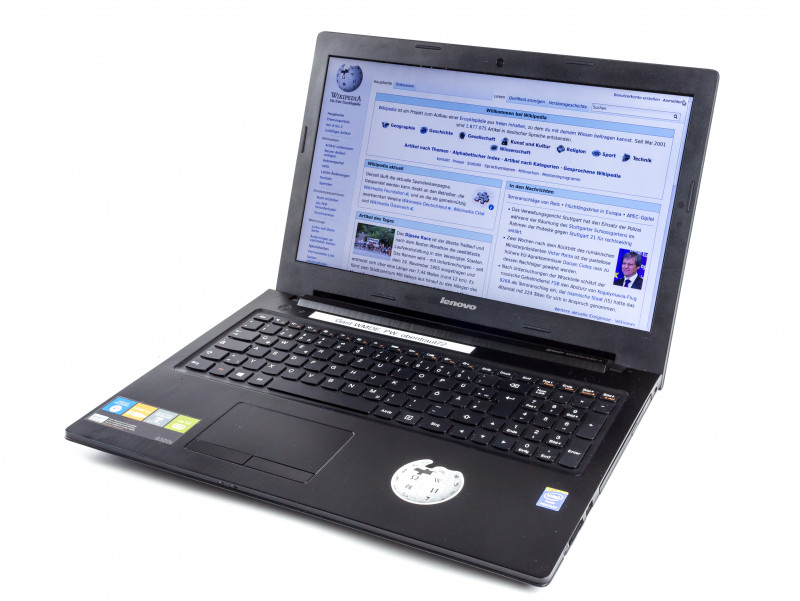 As the personal computer (PC) became feasible in 1971, the idea of a portable personal computer soon followed. A "personal, portable information manipulator" was imagined by Alan Kay at Xerox PARC in 1968, and described in his 1972 paper as the "Dynabook". The IBM Special Computer APL Machine Portable (SCAMP) was demonstrated in 1979. This prototype was based on the IBM PALM processor. The IBM 5100, the first commercially available portable computer, appeared in September 1975, and was based on the SCAMP prototype.

As 8-bit CPU machines became widely accepted, the number of portables increased rapidly. The first "laptop-sized notebook computer" was the Epson HX-20, invented (patented) by Suwa Seikosha's Yukio Yokozawa in July 1980, introduced at the COMDEX computer show in Las Vegas by Japanese company Seiko Epson in 1981, and released in July 1982. It had an LCD screen, a rechargeable battery, and a calculator-size printer, in a 1.6 kg (3.5 lb) chassis, the size of an A4 notebook. It was described as a "laptop" and "notebook" computer in its patent.

The portable micro computer Portal of the French company R2E Micral CCMC officially appeared in September 1980 at the Sicob show in Paris. It was a portable microcomputer designed and marketed by the studies and developments department of R2E Micral at the request of company CCMC specializing in payroll and accounting. It was based on an Intel 8085 processor, 8-bit, clocked at 2 MHz. It was equipped with a central 64 KB RAM, a keyboard with 58 alpha numeric keys and 11 numeric keys (separate blocks), a 32-character screen, a floppy disk : capacity = 140,000 characters, of a thermal printer : speed = 28 characters / second, an asynchronous channel, a synchronous channel, a 220 V power supply. It weighed 12 kg and its dimensions were 45 x 45 x 15 cm. It provided total mobility. Its operating system was the aptly named Prologue.

The Osborne 1, released in 1981, was a luggable computer that used the Zilog Z80 and weighed 24.5 pounds (11.1 kg). It had no battery, a 5 in (13 cm) cathode ray tube (CRT) screen, and dual 5.25 in (13.3 cm) single-density floppy drives. Both Tandy/RadioShack and Hewlett Packard (HP) also produced portable computers of varying designs during this period. The first laptops using the flip form factor appeared in the early 1980s. The Dulmont Magnum was released in Australia in 1981–82, but was not marketed internationally until 1984–85. The US$8,150 (US$21,590 today) GRiD Compass 1101, released in 1982, was used at NASA and by the military, among others. The Sharp PC-5000, Ampere and Gavilan SC released in 1983. The Gavilan SC was described as a "laptop" by its manufacturer, while the Ampere had a modern clamshell design. The Toshiba T1100 won acceptance not only among PC experts but the mass market as a way to have PC portability.

Battery-powered portable computers had just 2% worldwide market share in 1986. However, laptops have become increasingly popular, both for business and personal use. Around 109 million notebook PCs shipped worldwide in 2007, a growth of 33% compared to 2006. In 2008 it was estimated that 145.9 million notebooks were sold, and that the number would grow in 2009 to 177.7 million. The third quarter of 2008 was the first time when worldwide notebook PC shipments exceeded desktops, with 38.6 million units versus 38.5 million units.

Displays reached 640x480 (VGA) resolution by 1988 (Compaq SLT/286), and color screens started becoming a common upgrade in 1991, with increases in resolution and screen size occurring frequently until the introduction of 17" screen laptops in 2003. Hard drives started to be used in portables, encouraged by the introduction of 3.5" drives in the late 1980s, and became common in laptops starting with the introduction of 2.5" and smaller drives around 1990; capacities have typically lagged behind physically larger desktop drives. Optical storage, read-only CD-ROM followed by writeable CD and later read-only or writeable DVD and Blu-ray players, became common in laptops early in the 2000s.

The ruggedized Grid Compass computer was used since the early days of the Space Shuttle program. The first commercial laptop used in space was a Macintosh portable in 1991 aboard Space Shuttle mission STS-43. Apple and other laptop computers continue to be flown aboard manned spaceflights, though the only long duration flight certified computer for the International Space Station is the ThinkPad. As of 2011, over 100 ThinkPads were aboard the ISS. Laptops used aboard the International Space Station and other spaceflights are generally the same ones that can be purchased by the general public but needed modifications are made to allow them to be used safely and effectively in a weightless environment such as updating the cooling systems to function without relying on hot air rising and accommodation for the lower cabin air pressure. Laptops operating in harsh usage environments and conditions, such as strong vibrations, extreme temperatures, and wet or dusty conditions differ from those used in space in that they are custom designed for the task and do not use commercial off-the-shelf hardware.

May 2005 was the first time notebooks outsold desktops in the US over the course of a full month; at the time notebooks sold for an average of $1,131 while desktops sold for an average of $696. When looking at operating systems, for Microsoft Windows laptops the average selling price (ASP) showed a decline in 2008/2009, possibly due to low-cost netbooks, drawing an average US$689 at U.S. retail stores in August 2008. In 2009, ASP had further fallen to $602 by January and to $560 in February. While Windows machines ASP fell $129 in these seven months, Apple macOS laptop ASP declined just $12 from $1,524 to $1,512.

Many brands, including the major ones, do not design and do not manufacture their laptops. Instead, a small number of Original Design Manufacturers (ODMs) design new models of laptops, and the brands choose the models to be included in their lineup. In 2006, 7 major ODMs manufactured 7 of every 10 laptops in the world, with the largest one (Quanta Computer) having 30% of world market share. Therefore, identical models are available both from a major label and from a low-profile ODM in-house brand.

Internally, a display is an LCD panel which could be CCFL or LED backlit which interfaces to the laptop using the LVDS protocol, while externally, it can be a glossy screen or a matte screen. Most modern laptops feature a 13 inches (33 cm) VIS or larger color active matrix display based on LED lighting with resolutions of 1280×800 (16:10) or 1366×768 (16:9) pixels and above. Models with LED-based lighting offer lower power consumption and often increased brightness. Netbooks with a 10 inches (25 cm) or smaller screen typically use a resolution of 1024×600, while netbooks and subnotebooks with an 11.6 inches (29 cm) or 12 inches (30 cm) screen use standard notebook resolutions. Having a higher resolution display allows more items to fit onscreen at a time, improving the user's ability to multitask, although at the higher resolutions on smaller screens, the resolution may only serve to display sharper graphics and text rather than increasing the usable area. Since the introduction of the MacBook Pro with Retina display in 2012, there has been an increase in the availability of very-high-resolution (1920×1080 and higher) displays, even in relatively small systems, and in typical 15-inch screens resolutions as high as 3200×1800 are available. External displays can be connected to most laptops, and models with a Mini DisplayPort can handle up to three.