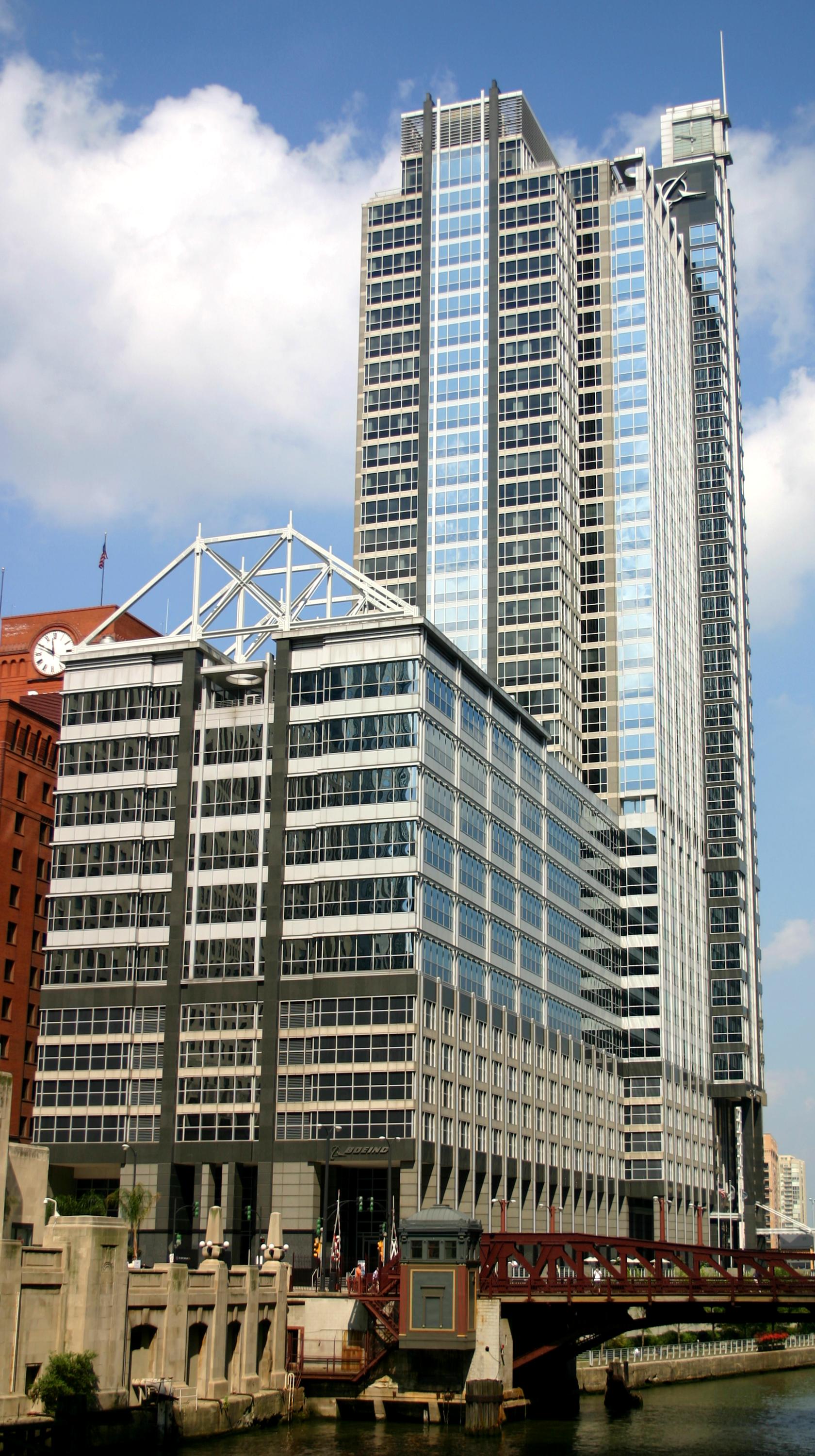 The Boeing Company was started in 1916, when American lumber industrialist William E. Boeing founded Aero Products Company in Seattle, Washington. Shortly before doing so, he and Conrad Westervelt created the "B&W" seaplane. In 1917, the organization was renamed Boeing Airplane Company, with William Boeing forming Boeing Airplane & Transport Corporation in 1928. In 1929, the company was renamed United Aircraft and Transport Corporation, followed by the acquisition of several aircraft makers such as Avion, Chance Vought, Sikorsky Aviation, Stearman Aircraft, Pratt & Whitney, and Hamilton Metalplane.

Boeing was founded by William Boeing in Seattle, Washington, on July 15, 1916. The present corporation is the result of the merger of Boeing with McDonnell Douglas on August 1, 1997. Then chairman and CEO of Boeing, Philip M. Condit, assumed those roles in the combined company, while Harry Stonecipher, former CEO of McDonnell Douglas, became president and COO.

In 1931, the group merged its four smaller airlines into United Airlines. In 1934, aircraft manufacturing was required to be separate from air transportation. Therefore, Boeing Airplane Company became one of three major groups to arise from dissolution of United Aircraft and Transport; the other two entities were United Aircraft (later United Technologies) and United Airlines.

In 1960, the company bought Vertol Aircraft Corporation, which at the time, was the biggest independent manufacturer of helicopters. During the 1960s and 1970s, the company diversified into industries such as outer space travel, marine craft, agriculture, energy production and transit systems.

In December 1996, Boeing announced its intention to merge with McDonnell Douglas and, following regulatory approval, this was completed on August 4, 1997. This had been delayed by objections from the European Commission, which ultimately placed three conditions on the merger: termination of exclusivity agreements with three US airlines, separate accounts would be maintained for the McDonnell-Douglas civil aircraft business, and some defense patents were to be made available to competitors. In 2020, Quartz reported that after the merger there was a "clash of corporate cultures, where Boeing's engineers and McDonnell Douglas's bean-counters went head-to-head", which the latter won, and that this may have contributed to the events leading up to the 737 Max crash crisis.

The corporate headquarters were moved from Seattle to Chicago in 2001. In 2018, Boeing opened its first factory in Europe at Sheffield, UK, reinforced by a research partnership with The University of Sheffield.

In 2006, the UCLA Center for Environmental Risk Reduction released a study showing that Boeing's Santa Susana Field Laboratory, a site that was a former Rocketdyne test and development site in the Simi Hills of eastern Ventura County in Southern California, had been contaminated by Rocketdyne with toxic and radioactive waste. Boeing agreed to a cleanup agreement with the EPA in 2017. Clean up studies and lawsuits are in progress.

In 2008 and 2009, Boeing was second on the list of Top 100 US Federal Contractors, with contracts totaling US$22 billion and US$23 billion respectively. Between 1995 and early 2021, the company has agreed to pay US$4.3 billion to settle 84 instances of misconduct, including US$615 million in 2006 in relation to illegal hiring of government officials and improper use of proprietary information.

In 2007 and 2008, the company benefited from over US$10 billion of long-term loan guarantees, helping finance the purchase of their commercial aircraft in countries including Brazil, Canada, Ireland, and the United Arab Emirates, from the Export-Import Bank of the United States, some 65% of the total loan guarantees the bank made in the period.

Boeing executives said the company was collaborating with Brazilian biofuels maker Tecbio, Aquaflow Bionomic of New Zealand, and other fuel developers around the world. As of 2007, Boeing had tested six fuels from these companies, and expected to test 20 fuels "by the time we're done evaluating them". Boeing also joined other aviation-related members in the Algal Biomass Organization (ABO) in June 2008.

Air New Zealand and Boeing are researching the jatropha plant to see if it is a sustainable alternative to conventional fuel. A two-hour test flight using a 50–50 mixture of the new biofuel with Jet A-1 in a Rolls Royce RB-211 engine of a 747-400 was completed on December 30, 2008. The engine was then removed to be studied to identify any differences between the Jatropha blend and regular Jet A1. No effects on performances were found.

Boeing's spent US$16.9 million on lobbying expenditures in 2009. In the 2008 presidential election, Barack Obama "was by far the biggest recipient of campaign contributions from Boeing employees and executives, hauling in US$197,000 – five times as much as John McCain, and more than the top eight Republicans combined".

In December 2011, the non-partisan organization Public Campaign criticized Boeing for spending US$52.29 million on lobbying and not paying taxes during 2008–2010, instead getting US$178 million in tax rebates, despite making a profit of US$9.7 billion, laying off 14,862 workers since 2008, and increasing executive pay by 31% to US$41.9 million in 2010 for its top five executives.

Boeing has a corporate citizenship program centered on charitable contributions in five areas: education, health, human services, environment, the arts, culture, and civic engagement. In 2011, Boeing spent US$147.3 million in these areas through charitable grants and business sponsorships. In February 2012, Boeing Global Corporate Citizenship partnered with the Insight Labs to develop a new model for foundations to more effectively lead the sectors they serve.

Boeing secured the highest ever tax breaks at the state level in 2013.

After two fatal crashes of the Boeing 737 MAX narrow-body passenger airplanes in 2018 and 2019, aviation regulators and airlines around the world grounded all 737 MAX airliners. A total of 387 aircraft were grounded. Boeing's reputation, business, and financial rating has suffered after these groundings, questioning Boeing's strategy, governance, and focus on profits and cost efficiency.

In 2019, Boeing's global reputation, commercial business, and financial rating suffered after the 737 MAX was grounded worldwide following two fatal crashes in late 2018 and early 2019. In September 2022, Boeing was ordered to pay $200m over charges of misleading investors about safety issues related to those two fatal crashes.

The Boeing Company's corporate headquarters is in Chicago, Illinois as of 2022. The company plans to move its headquarters to Arlington, Virginia in the near future. Boeing is organized into four primary divisions: Boeing Commercial Airplanes (BCA); Boeing Defense, Space & Security (BDS); Boeing Global Services; and Boeing Capital. In 2019, Boeing recorded US$ 76.6 billion in sales. Boeing is ranked 54th on the Fortune magazine "Fortune 500" list (2020), and ranked 121st on the "Fortune Global 500" list (2020).

As of 2022 Boeing is headed by a President who also serves as the Chief Executive Officer. The roles of Chairman of the Board and CEO were separated in October 2019.

In 2020, Boeing's revenue was $11.8 billion as a result of the pandemic slump. Due to higher sales in other divisions and an influx in deliveries of commercial jetliners in 2021, revenue increased 44%, reaching nearly $17 billion.

The Boeing 777X, the largest capacity twinjet, made its maiden flight on January 25, 2020. Following an incident during flight testing, estimated first delivery of the aircraft was delayed until 2024.

In May 2020, the company cut over 12,000 jobs due to the drop in air travel during the COVID-19 pandemic with plans for a total 10% cut of its workforce or approximately 16,000 positions. In July 2020, Boeing reported a loss of $2.4 billion as a result of the pandemic and the grounding of its 737 MAX aircraft, and that it was in response planning to make more job and production cuts. On August 18, 2020, CEO Dave Calhoun announced further job cuts; on October 28, 2020 nearly 30,000 employees were laid off, as the airplane manufacturer was increasingly losing money due to the COVID-19 pandemic.

In 2022, Rory Kennedy made a documentary film, Downfall: The Case Against Boeing, streamed by Netflix. She said about the 21st-century history of Boeing "There were many decades when Boeing did extraordinary things by focusing on excellence and safety and ingenuity. Those three virtues were seen as the key to profit. It could work, and beautifully. And then they were taken over by a group that decided Wall Street was the end-all, be-all."

In May 2022, Boeing announced plans to move its global headquarters from Chicago to Arlington, Virginia, a suburb of Washington, D.C. The company said that this decision was made in part due to the region's "proximity to our customers and stakeholders, and its access to world-class engineering and technical talent."

On May 5, 2022, Boeing announced that it would be moving its headquarters from Chicago to Arlington, Virginia in the Washington, D.C. metropolitan area. Additionally, it plans to add a research and technology center in Northern Virginia.

On July 19, 2022, Boeing announced a renewed partnership with Mitsubishi to innovate carbon-neutral and sustainable solutions.