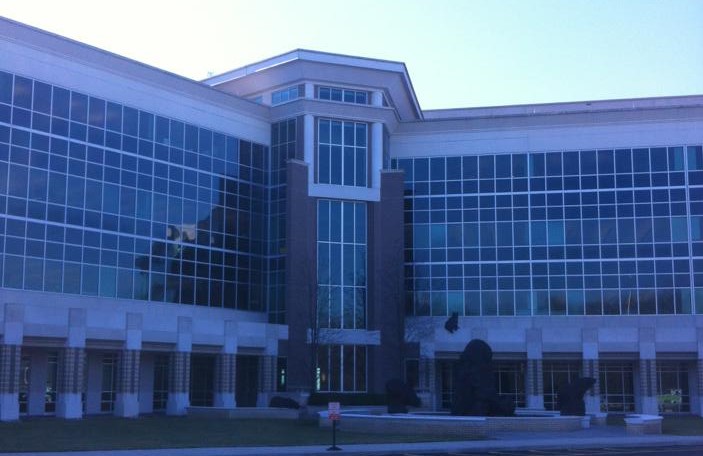 Dollar General has its origin in Scottsville, Kentucky, with James Luther "J.L." Turner and his son Cal Turner. James Turner's father died in an accident in 1902 when James was only 11. James quit school to work on the family farm, helping to provide for his mother and siblings, and subsequently never completed his education. After two unsuccessful attempts at retailing, James became a traveling dry goods salesman for a Nashville wholesale grocer. James left the sales job after 10 years and settled his family in Scottsville, Kentucky. During the Great Depression, he began buying and liquidating bankrupt general stores. James' only child Cal Turner accompanied his father to these closeouts at a young age, gaining valuable business knowledge and skills.

The company began in 1939 as a family-owned business called J.L. Turner and Son in Scottsville, Kentucky, owned by James Luther Turner and Cal Turner. In 1955, the name changed to Dollar General Corporation and in 1968 the company went public on the New York Stock Exchange. Fortune 500 recognized Dollar General in 1999 and in 2020 reached #112. Dollar General has grown to become one of the most profitable stores in the rural United States with revenue reaching around $27 billion in 2019.

In October 1939, James and Cal opened J.L. Turner and Son with an initial investment of $5,000 each. The switch to retailing resulted in annual sales above $2 million by the early 1950s. By the mid-1950s Turner had 35 department stores in Kentucky and Tennessee. In 1955, Cal Turner developed his idea of a retail store selling goods for a dollar, based on the Dollar Days promotions held at other department stores, by converting Turner's Department Store in Springfield, Kentucky, into the first Dollar General Store. In 1964 J.L. Turner died leaving his son Cal Turner to succeed him.

The company Cal Turner co-founded went public as Dollar General Corporation in 1968, posting annual sales of more than $40 million and net income in excess of $1.5 million. In 1977, Cal Turner, Jr., who joined the company in 1965 as the third generation Turner, succeeded his father as president of Dollar General. Cal Jr. led the company until his retirement in 2002. Under his leadership, the company grew to more than 6,000 stores and $6 billion in sales. In 1997 a distribution center was established in South Boston, Virginia.

On April 30, 2001, Dollar General Corp was liable for making false statements or failing to disclose adverse facts about the company's financial results, and paid $162 million for settlement. The company also announced to restate its earnings for the past three fiscal years, due to accounting irregularities including allegations of fraudulent behavior.

In 2004, a Dollar General office was opened in Hong Kong to oversee the global sourcing operations through exporting and importing products of Dollar General related goods.

On March 3, 2005, Dollar General announced to restate its results for 2000 through 2003, due to a clarification of lease-accounting matters issued by the SEC.

On June 21, 2007, CEO David Perdue announced his resignation leaving David Bere as interim CEO. One month later, all shares of Dollar General stock were acquired by private equity investors for $22 per share. An investment group consisting of affiliates of Kohlberg Kravis Roberts (KKR), GS Capital Partners (an affiliate of Goldman Sachs), Citigroup Private Equity and other co-investors completed an acquisition of Dollar General Corporation for $6.9 billion.

Dollar General filed on August 20, 2009, for an initial public offering of up to $750 Million turning the company once again into a publicly traded corporation. In 2013, Dollar General started selling cigarettes in response to its competitor Family Dollar selling cigarettes in 2012. Dollar General's 12th distribution center opened on May 31, 2014, in Bethel, Pennsylvania, to serve the northeast and midwest stores. On August 18, 2014, Dollar General lodged a competing bid of $9.7 billion against Dollar Tree for Family Dollar. The bid was rejected on August 20, 2014, by the Family Dollar board, which said it would proceed with the deal with Dollar Tree.

For several years, Dollar General has had a connection with motorsports, particularly in NASCAR. The company has previously been a primary sponsor for Joe Gibbs Racing. Dollar General sponsored Brian Vickers in the Nationwide Series in 2013. Dollar General became a primary sponsor for Matt Kenseth in the Sprint Cup Series starting in 2013. Dollar General and Turner (formerly Braun Racing) have been partnered together since 2008, with the team previously sponsoring cars for Frank Cicci Racing and Kevin Harvick Incorporated. In 2010, Dollar General sponsored some races in the Camping World Truck Series for Kyle Busch Motorsports with Kyle Busch in the No. 18 Toyota Tundra and sponsored Kyle Busch's Motorsports No. 51 Toyota Tundra for four races in 2014 with Busch driving three and Erik Jones driving one. Dollar General was the title sponsor for Nationwide Series races held in Charlotte every fall, Chicagoland every summer, and Phoenix in the spring. On May 23, 2016, Dollar General announced they would withdraw its sponsorship from NASCAR at the end of the 2016 season.

In November 2014, Dollar General was fined $51,700 by the Occupational Safety and Health Administration (OSHA) following an inspection of a Brooklyn, Mississippi, branch of the store. The statement from OSHA notes that Dollar General has had repeated health and safety violations: "Since 2009, OSHA has conducted 72 inspections of Dollar General nationwide. Of those inspections, 39 have resulted in citations." In April 2016, OSHA reported that further citations had been given to the store for exposing employees to the risk of electrical hazards due to missing face plates on electrical outlets. The store was fined $107,620. In December 2016, OSHA has noted that some Dollar General stores continued to block fire exits with merchandise disregarding safety violations resulting in several fines. Inspections at Dollar General stores in 2022 in Pembroke in February, and Hogansville and Smyrna in March identified four willful and seven repeat violations. Specifically, OSHA cited the company for failing to keep receiving areas clean and orderly and for stacking materials in an unsafe manner. These hazards exposed workers to slips, trips and being struck by objects. OSHA also issued citations for exposing workers to fire and entrapment hazards by failing to keep exit routes and electrical panels clear and unobstructed. Dollar General's pattern of disregarding worker safety was apparent at five other Southeast locations. In February 2022, OSHA proposed $1,048,309 in penalties after inspections at three locations in Mobile, Alabama, and one in Dalton, Georgia, found similar hazards. At another Mobile location, a December 2021 inspection led OSHA to propose $321,827 in penalties for exposing workers to slip and trip hazards and not keeping the main storeroom orderly to allow a safe exit during an emergency.

Dollar General became the sponsor of the Dollar General Bowl, formerly the GoDaddy Bowl, in Mobile, Alabama on August 17, 2016. In May 2019, Dollar General withdrew its title sponsorship of the Mobile bowl game.

In January 2017, Dollar General opened a concept store in Nashville called DGX. The DGX store concept focuses on urban shoppers and is geared toward instant consumption items such as a coffee station and a soda fountain. The following month another DGX store opened in Raleigh, North Carolina, and in September a third DGX opened in Philadelphia. As of May 2020, Dollar General operated 12 DGX locations in nine states

In 2018, Dollar General expanded its product offerings to include the “Better for You” assortment that aim to offer healthier options from brands like Kashi, Annie's, Back to Nature and Kind.

In September 2019, Dollar General celebrated the grand opening of its 16,000th store in Panama City, Florida, following damage sustained from Hurricane Michael in October 2018. To commemorate the opening, Dollar General presented two $16,000 checks in partnership with Kellogg's to two local elementary schools displaced from the hurricane.

In 2019 Dollar General was fined $1.75 million by the state of Vermont over pricing irregularity by charging a higher price for products at the register than was advertised at the shelf.

In March 2020, the retailer announced plans to expand produce assortments to approximately 400 stores in addition to the 650 stores where it is already in place during its 2020 fiscal year. In February 2019, the University of Nevada, Las Vegas published a story, which found that the quality of fruits and vegetables at dollar stores is just as good as regular grocery store produce.

In late May 2020, two Dollar General stores were destroyed by arson during the George Floyd protests in Minneapolis–Saint Paul and three others had property damage.

Dollar General Board of Directors as of June 2020 are: Michael M. Calbert (Chairman of the Board), Todd Vasos (CEO), Warren Bryant, Patricia Fili-Krushel, Timothy I. McGuire, William Rhodes III, Debra A Sandler and Ralph E. Santana.

In March 2022, Dollar General opened its first store in the state of Idaho, located in Athol.

In April 2022, the Dollar General Literacy Foundation announced an approximately $9.2 million commitment to support literacy within the surrounding communities. $8.2 million has been earmarked for the spring grants to support family literacy programs across the country, while the other $1 million has been pledged to the DonorsChoose program.

Dollar General Corporation is an American chain of variety stores headquartered in Goodlettsville, Tennessee. As of April 11, 2022, Dollar General operates 18,216 stores in the continental United States.